Il Feudo di Agnadello is a charming and elegant farmstead, typical of the Lombardy region. Its rural structures, which have been skilfully refurbished represent the perfect bond between the most modern needs and respect for the surrounding environment.

Its strategic position allows for extremely easy travel. Just 5 minutes away from the A35 BreBeMi exit for Treviglio and Treviglio train station, along the Milan-Venice high speed line, from Il Feudo di Agnadello it is possible to reach the modern metropolis of Milan in just a few minutes. The low cost airport Orio al Serio is also reachable in a mere 30 minutes and Bergamo is just 35 km away, with the Venetian walls of its “Città Alta” still well recognizable outlining the old town centre.

The most ancient document in which Agnadello’s name is mentioned probably dates back to 1046, a decree written in Latin sent by the Emperor Enrico III to Bishop Ubaldo di Cremona. In the document the name of some other nearby villages also appears and Agnadello is referred to as “Castrum”.

In 1300 some work began to build irrigation channels from the waters of the river Adda, which are still present today. Many conflicts started at the time among the villages though, as everybody wanted the channels to run through their territory to support agriculture, and this continued up until the following century, when both the Visconti family before and the Sforza after ruled over the area.

In 1414 Agnadello, together with the villages of Pandino, Misano di Gera D’Adda and Crema, was granted as a fief to Giorgio Benzoni, successor of the two brothers Paolo and Bartolomeo Benzoni, rulers of Crema since the 12th of November 1403.

Shortly after, in 1423, the whole territory of Gera d’Adda came under the influence of Milan Dukedom and the dominion of the Visconti family, who ruled until 1447. During the second half of the XV century the town of Gera D’Adda was contended between the Venetian republic and the Milan Dukedom which was ruled by the house of Sforza. It was at that time that the famous battle of Agnadello between the French and the Venitians took place. A battle that left behind so many traces both in the tradition and on the territory. As a result of the fight, the territory was subsequently annexed to Milan, and remained under its influence until the modern era. 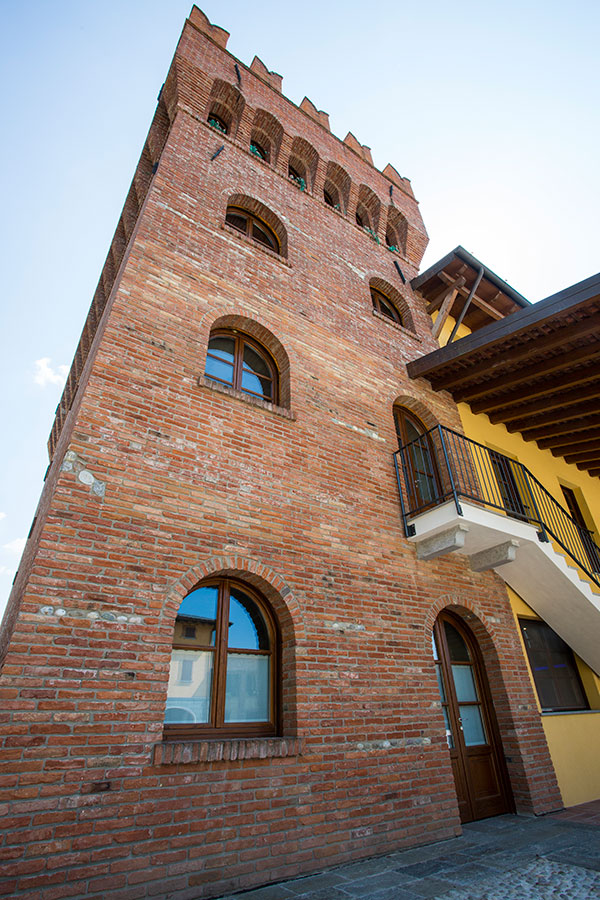 According to Il Feudo di Agnadello, sustainability means reducing the impact on the environment through a clever recovery of old farm buildings which perfectly integrate the surrounding territory.

The well-being of an individual is in fact deeply rooted in the well-being of the environment, and this is particularly true nowadays when the impact of man on nature and its effect cannot be ignored any longer.

Thus, Eco-sustainability means designing, creating and employing technologies which are able to reduce energy consumption whilst increasing the awareness of our guests for environmental protection. The minimisation of energy demand and the adoption of renewables to make up for the remaining necessity thus represent the basis for any sustainable development:

Il Feudo di Agnadello Resort **** has been conceived and built, according to these guiding principles.